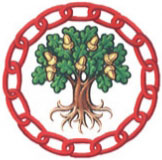 Each record includes an image of the original index or book and a transcript for the individual’s entry. The amount of detail in each record can vary, but most transcripts will include a combination of the following:

When available, the image will offer even more information about your ancestor and the business. The images are from different publications so the information found in each will vary, but many will include

This collection, created by the Society of Genealogists, is an index of British shopkeepers, businessmen and women, "captains of industry" and their companies. The initial source material is a series of books published in the 1890s by the London Printing and Engraving Company and the Brighton firm of Robinson, Son and Pike which later became W T Pike.

The publishers travelled to large towns and cities all over the British Isles, offering the local corporation and businesses the opportunity to appear in a book containing a history of the area, its attractions, major institutions and its commercial life. Sometimes there are details of town councillors and vignette-sized photographs, and one publication has a picture of the local football team. Shops, businesses and manufacturers would have had to pay for inclusion, the cost depended on the size of the entry. The proprietor or manager seems to have been visited at work and interviewed to provide the copy for the book.

Trade directories only contain a bare listing of local businesses, but those included in these books have a minimum of a paragraph about each shop or company, often showing a photograph of it or the proprietor. Additionally, there are frequently details of when and from whom the business was acquired (often a named relative).

Family members working in the business are usually listed and, if a person is prominent in local society, the entry often mentions membership of the corporation and leisure activities including involvement with clubs, charities and other institutions. This kind of information tells a lot about an individual's character and is extremely difficult to find elsewhere in such a comprehensive form. The illustrations are photographs of people and places, which were taken for the purpose of inclusion in these publications or acquired from local sources and often include line drawings of products sold by the business.

The Business Indexes of Britain, 1892-1987 includes the following publications.