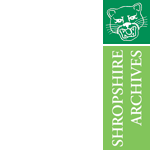 Discover whether any of your ancestors were married in the diocese of Shropshire, England. These records cover almost four centuries of marriages, between 1538 and 1900. You will find your ancestor’s wedding date and spouse’s name. Later records will also include the names of witnesses, who were often relatives or close friends. Marriages from various denominations are represented, such as Methodist, Unitarian, Congregational and Baptist.

What can these records tell me

Each record comprises a transcript and a colour image of the original parish register of the marriage.

The amount of information included varies, but the Shropshire marriage records usually include the following information about your ancestor:

Later records may also include additional details. These may not always be transcribed, but you may be able to see them on the scanned image of the original record. You might uncover:

This record set comprises almost 535,600 marriages in Shropshire, England.These records date from 1538 to 1900.

These records cover and can be searched by the following denominations:

The vast majority of the records are Anglican, which remains the largest denomination in Britain today.

The second largest set is the Methodist, which is the fourth largest Christian church in Britain today.

The Baptist church is part of the Congregationalist Polity, a system of church governance in which each local church congregation is autonomous.

The Unitarian movement, a reform movement, became widespread in the Church of England in the seventeenth century.

The United Reform Church is one of the smaller mainstream denominations, and is also involved in the reform movement.

The Congregational church changed in the middle of the nineteenth century from isolated meeting houses into a network of thriving chapels, while still retaining its independence.

The Society of Friends emerged as a dissenting Christian organisation in England during the English Civil War.

Marriage records are an essential part of researching your family history. There are records where the parents of the bride and groom are listed, and these are often the key to finding out the names of the generation before.

Occasionally, ages of the couple may be listed as "full" rather than as a figure. This was a customary way of noting that they were over the required age of 21. If the bride or groom was under the age of 21, “with consent of parents” is noted in the record.

Salop is the old name for the West Midlands county of Shropshire. The county town is Shrewsbury. It was renamed Shropshire by order of the county council in 1980.

These records belong to the Shropshire Collection, a unique set of records spanning baptisms, banns, marriages and burials, which provides details of the history of Shropshire and its people.

These records are from the diocese of Shropshire; note that dioceses can cross county borders. Shropshire borders Wales, and there are a number of records from Montgomeryshire in Wales in these records.

Preston On The Weald Moors