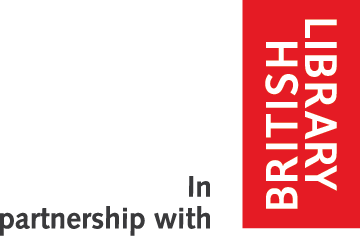 Discover your British military ancestor from the Absent Voters Lists from 1918 until 1921. This valuable source contains the names of thousands of service men, women serving with the auxiliary forces, merchant seamen, diplomats and others working in occupations recognised as supporting the war effort. They will be of interest to both military historians and genealogists. Search the records by rank, regiment or service number. These absent voters lists are available from the British Library for the first time online.

Each record includes an image of the original record and a short transcription describing the document. The amount of information found in each entry can vary, but most will include the following:

Searching PDFs is a different experience to searching other indexed records. Use our Search Tips provided below as a guide.

The absent voters’ lists are registers of eligible voters who were absent from their homes. The lists are of particular importance for those whose ancestors fought during the First World War. After Parliament passed the 1918 Representation of the People Act, which radically reformed the electorate in Great Britain and Ireland, men between the ages of 19 and 20 who were serving in the armed forces were given the right to vote and could register as absent voters for the first time. Absent voters lists also contain the names of anyone whose work was recognised by the Admiralty, Army Council or Air Council, such as merchant seamen, fisherman and those working for the Red Cross. The registers also include the names of many women over the age of 30 who were serving overseas with the Women’s Auxiliary Army and other women’s services that were supporting the war effort.

Applications for an absent vote were to be submitted by August 1918 for the autumn and by February 1919 for the spring. The registers were printed twice a year. The names of absent voters were sent to the Adjutant General’s Department of the War Office. The War Office then arranged to send voting cards to men in the UK and ballot papers to those in France. Some were left out because of the hurried process and some details given may be inaccurate.

Lists were completed by August 1918 and then published that October. Subsequently, the lists may include names of men who were killed, missing or taken prisoner in the period of time between the compiling of lists and the publication of the register. After an election, the counting of votes was delayed by up to eight days to ensure the receipt of the absent votes. This practice occurred during the First World War and for twelve months after.

Between 1918 and 1939, absent voters were listed separately, often in foolscap typescript lists rather than printed registers. For a few years these contained additional information, such as a serviceman’s rank, unit and number. While today this is a boon to researchers, it was irrelevant for electoral purposes and the practice was soon dropped.

As the British electorate increased and more people were given the right to vote in both parliamentary and local elections, the registers began to use codes to decipher an individual’s basis for voting qualification.

In registers from about 1850 onwards, the word ‘successive’ can appear next to a person’s residence. This means that the individual moved within the last 12 months and the qualification to vote carried over to the new home.

Registers after 1918 included the following codes:

Attached to names, the following extra codes can sometimes be seen:

Searching a PDF is a different experience to searching transcribed records. To help you find your ancestor, we have put together search tips to guide you. Remember that you are searching records that have been digitally scanned and then converted to machine-encoded text using Optical Character Recognition (OCR). This process is not perfect and the machine may have misread characters, especially in personal names, which causes searches to fail. Try alternative approaches such as repeating the search in a different year or scanning all the voters in a civil parish. To search for rank, regiment or service number use the keyword field.